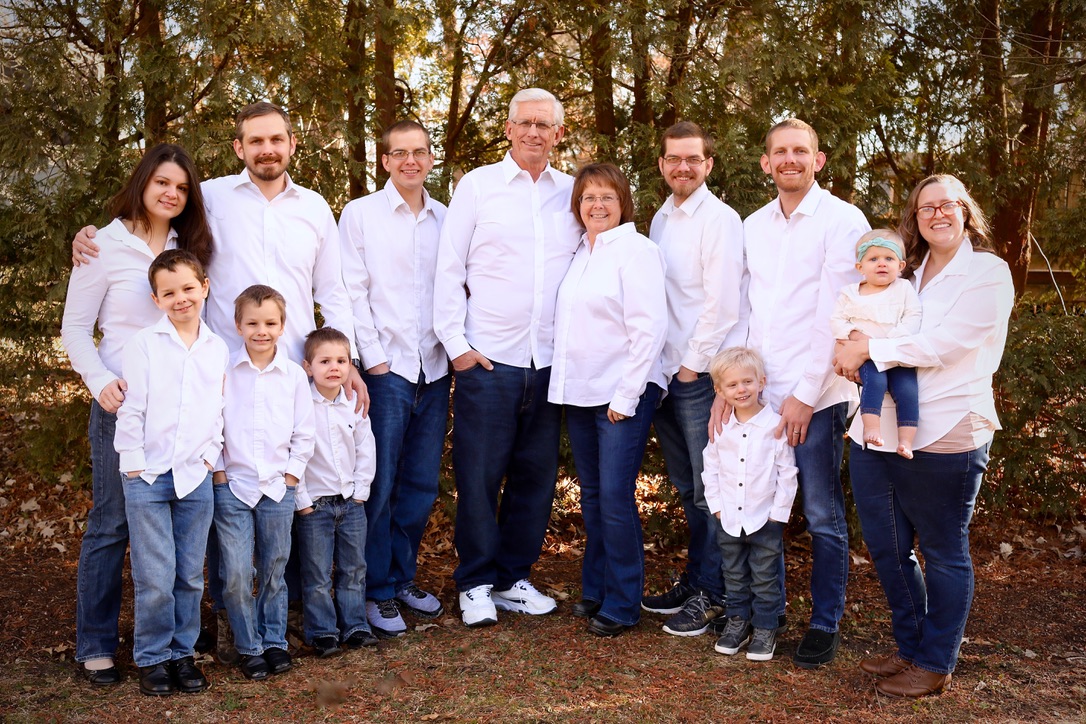 Born Feb. 1st, 1958 and grew up in the Chicago suburbs. (Des Plaines, Il.) I am still a loyal Bears and Cubs fan, (They finally won a World Series).I was involved in a number of sports in High School, Football, Swimming, and Track Teams. I also played on the Golf team for a while, but I was no Tiger Woods. After graduating from Maine West High School in 1976, I enlisted in the United States Air Force, and worked as a weatherman, and traveled to various Air Force Bases in Alaska, Germany, New York, Florida, California, and Oklahoma among other places. It was while I was stationed in King Salmon, Alaska, that I began my spiritual journey that led me into the pastorate.

After I was honorably discharged in 1980, I moved to Scottsbluff, Nebraska and enrolled in a small Bible College, receiving a Bachelor of Sacred Literature in 1984. During my college years and after, I worked for United Parcel Service for a total of about 8 years. (I moved a lot of boxes.)I had various student ministries in Wyoming and Colorado, and after graduation, I was a part of a new church plant in a small town called Oshkosh, Neb. (Small town of about 1,000 people mostly ranchers and farmers) I met my future wife, Cindy, and we ended up ministering to that church for 3 years there. There is now a church with its own building and a full time pastor. Next, I was called to pastor a church in Davenport, Iowa in 1988. Davenport turned out to be a very fertile place as 3 of our 4 children were born there, (all boys). We served that church 4 years, and have a lot of fond memories.

In 1992 we accepted a call to come to Tucson AZ to a small church needing a pastor. (Christ’s Church in the Desert). So with our four young boys in tow, we drove 1800 miles to Tucson and arrived June 1st with over 100 degree weather. (We thought it was purgatory). This was our first time in this great state.
After becoming acclimated to our new environment we started to enjoy the beauty of the desert, and the nice mild winters. It is hard to believe that over 30 years have gone by so fast. Over that time I have pastored a couple churches in Tucson at several locations, I have been involved in a lot of youth camps, (love the kids), and various projects.  I also continued my education at Hope University in Fullerton California working on my Masters Degree. In 2004 we stepped out in faith to launch a new church called “Saguaro Buttes Community Church” on the far East Side.

Saguaro Buttes began as a dream to be a place to serve the community and teach scriptures in a simple way. Having recently gotten my Real Estate license (2000), we found this property at 5825 Old Spanish trail for sale, a small house, on 26 acres, next to Saguaro National Park. To make a long story short, we bought the property in 2003, built what is now the church facility, and began having services. It has become a popular location for weddings, memorials, celebrations of life,  because of it beauty and location. We have Worship services every Sunday Morning at 10am which is one of the most beautiful places to worship our creator as you look over his beautiful creation.

CINDY AND THE BOYS

Just a little bit about my family. Cindy and I were married in Scottsbluff, Neb., on October 18, 1985,
She grew up on a large cattle ranch in the sand hills of Western Nebraska, Oshkosh. (They say the state tree there is a telephone pole!) I was from Chicago, so it was the city kid marrying the country girl. We now have four wonderful boys, Eric, Brian, Tyler, Timothy, two Daughter-in-laws Joey, and Leanna, and now five grandchildren (so far), Danny, Sammy, Alex, Harris, Holly.  We chose to Home School our four boys who all graduated with associate degrees from Pima Community College. They went on to all received Bachelor degrees at Central Christian College in Moberly, Missouri. Three (Eric, Tyler, & Timmy) went on and received Masters degrees from Cincinnati Seminary, and Tyler is currently working on his PHD at Asbury Seminary in Kentucky. Currently Eric is the Senior Pastor of First Church of Christ in Greendale, Indiana which is close to Cincinnati OH, Brian is a director at United Christian Youth Camp in Prescott AZ, Timmy is the full time Children’s Pastor at First Church of Christ in Washington, North Carolina.    Cindy continues to work as a secretary for the church and also takes care of the weddings, working with the Brides and Grooms.

When we began Saguaro Buttes we did it with the intention of doing what we have always done, serving people, conducting weddings and memorial services, having weekly worship services, Bible Studies, etc. and this we have done since 2004. Over the last 30+ years I have performed over a thousand wedding ceremonies in different states and in various locations such as backyards, golf courses, resorts, hotels, churches, by lakes, and in parks, both indoor and outdoor. Having learned a little about what makes for a nice ceremony, and how to overcome various problems along the way, we happily use our experience making this place a great experience for couples.
I enjoy the young couples, (being older than most all of them) getting to know them, providing pre-marital counseling, and I love trying to make each ceremony special and unique. If the couples allow, I like to add a little humor, make it a little more personal, and usual try and keep it under 20 minutes.

My real joy is Studying the Scriptures, teaching and preaching, Bible Studies, and making it hopefully come alive. As I look back and realize how fast life goes by, and the importance of making each day count, we hope to keep serving until the Lord calls us home. Why would you retire from something that you enjoy so much?  God Bless